Hogweed: a friend of farmers (and flies)

With clustered, white flowers and hairy, hollow stems, Hogweed is a familiar sight in many meadows. Through FIT Counts, we are seeing just how important it is for pollinating insects, and therefore for people too.

A rose by any other name

Hogweed does not smell as sweet as roses. In fact, it is often said to smell like pigs. However, this plant wasn’t named for its smell, but for its usefulness. Historically, Hogweed leaves were collected from fields and fed to pigs, as they were both nutritious and widely available, and so would help the pigs to put on weight. There is now scientific evidence for the benefits of this tradition, with standardised testing of hay fields showing the high nutritional quality of this abundant plant.

It isn’t just livestock that Hogweed benefits. Hogweed supports a wide variety of pollinators, and it also supports the insects that provide biological pest control. Sometimes, it is the same insect species providing both! Some insects, such as hoverflies, provide different benefits at different points in their life cycles. Adult hoverflies are wonderful pollinators, and they lay their eggs near aphids. Their larvae will then hatch out and start to eat the aphids, providing pest control. Parasitic wasps take this one step further. They lay their eggs in or on other insects, such as caterpillars, ensuring their young are both protected and well fed.

Some insects act as pollinators and pest controllers at the same time; Common Soldier Beetle adults eat a balanced diet of aphids, pollen and nectar. All of these insects can be spotted during a FIT Count on Hogweed. Even spiders will pay Hogweed a visit, although they are not counted during FIT Counts as they are not insects.

Through FIT Counts, we have seen many insects enjoying the nectar and pollen offered by Hogweed, with 7482 insects seen so far. Hogweed flowers are visited by a huge variety of different insects, averaging 23 insects per FIT count. This is one of the highest averages for a target flower, beaten only by Ivy, which employs the similar techniques to attract pollinators.

The Database of Pollinator Interactions lists 408 individual species that have been recorded interacting with Hogweed, an incredible number that shows the high diversity within its pollinator population. In FIT counts, small insects are the largest group of visitors to Hogweed, with 35% of insects seen on Hogweed being under 3mm long. In close second, 30% of insect visitors were “Other flies”, a group that counts any fly except Hoverflies. Hoverflies themselves form their own group, coming in third with 13%. As some insects in the “Small Insect” category will be flies as well, this means that this one order accounts for over 43% of the insects visiting Hogweed during FIT counts. This matches previous studies, which have found that about 80% of Hogweed visitors were flies.

Why is Hogweed so popular?

Hogweed isn’t the most visually attractive of flowers; it does not boast the bright colours of thistles and dandelions that catch an insect’s eye. But looks aren’t as important for Hogweed’s floral visitors. For hoverflies searching for a suitable flower to visit, smell is key. And they think Hogweed smells fantastic.

This explains why insects visit Hogweed on the first occasion, but why do they keep coming back? The answer is accessibility. The majority of Hogweed’s key pollinators (flies and beetles) are not specialised. They don’t have long tongues to reach down into a thin flower tube, and the definitely cannot buzz to force a flower to release pollen and nectar. Therefore, Hogweed has evolved an open, flat flower structure with easily accessible nectaries. This increases the number for flower visitors, but Hogweed is still able to select which insects carry its pollen away. This means that Hogweed can avoid giving its pollen to insects that might misplace it when visiting a different species of flower. This creates a more efficient pollination system for Hogweed. All of this together results in a system where everyone wins – Hogweed is pollinated, insects get nectar, and people get a stronger community of pollinators and pest controllers.

There are so many possible insect visitors to a Hogweed FIT Count, it wouldn’t be possible to list them all here. Why not complete a FIT Count of your own, and see what is visiting the Hogweed near you? 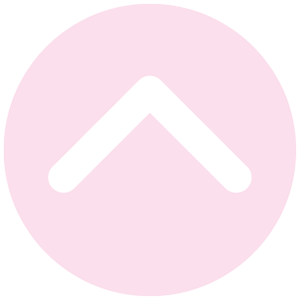